Recasting the Vote: How Women of Color Transformed the Suffrage Movement 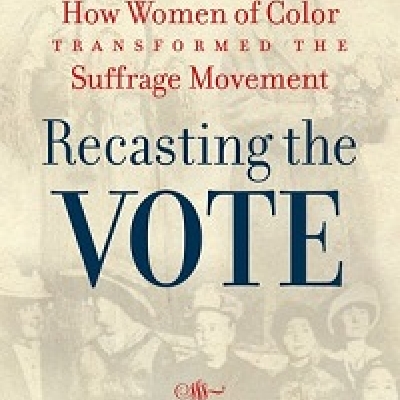 Cathleen Cahill will tell the powerful stories of a multiracial group of activists who propelled the national suffrage movement toward a more inclusive vision of equal rights.

Most suffrage stories are centered in the East and the Southwest as an afterthought at best. But Cahill asks what happens when we refocus the lens to center the stories in NM and the wider region? This talk reveals that suddenly our suffrage history is more diverse and more complicated than we anticipated.

She will especially focus on New Mexico by exploring the important role of Spanish-speaking suffragists, the activism of African American women, and the debate over the Native American right to vote.  With suffragists of color in the foreground, Cahill will recast the suffrage movement as an unfinished struggle that extended beyond the ratification of the Nineteenth Amendment.

Cathleen D. Cahill is associate professor of history at Penn State University and the author of Federal Fathers and Mothers: A Social History of the United States Indian Service, 1869–1933, winner of the 2011 Labriola Center American Indian National Book Award and finalist for the 2012 David J. Weber-Clements Prize, Western History Association.