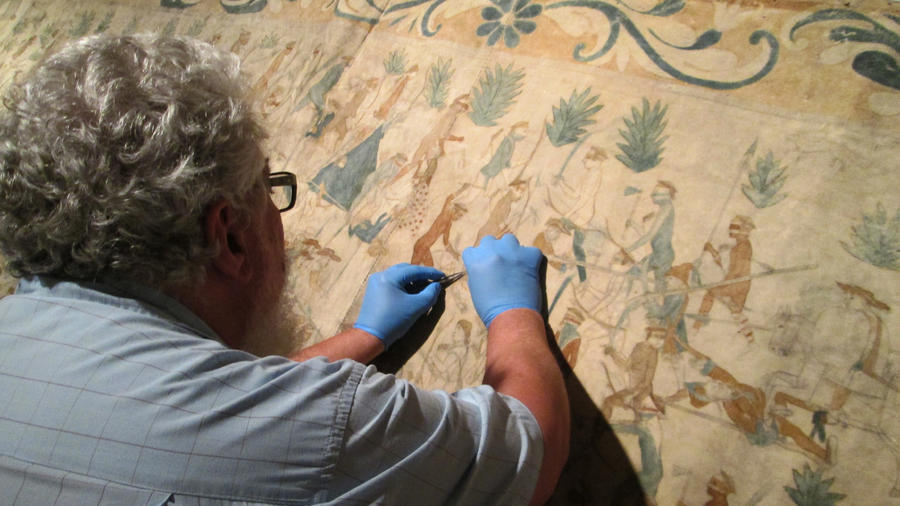 The Segesser Hide Paintings are rare depictions of early Spanish colonial life in the United States. The hides are named after a Jesuit priest, Philipp von Segesser von Brunegg, who probably acquired them in 1758 from the Anzas, a prominent family in military and civil affairs in 18th century New Mexico and Sonora.

The paintings are on tanned hides, probably of bison. They may have been made in Santa Fe by indigenous New Mexicans or Nuevomexicanos who were trained in European painting techniques and who had access to eyewitness descriptions of actual events.

The paintings depict armed conflicts, probably military expeditions led by Spanish officers. Some scholars believe that the Segesser I painting may represent a battle in the vicinity of El Paso/Ciudad Juárez, but the date and location are uncertain.

On the other hand, Segesser II depicts a skirmish in present-day Nebraska. A military expedition of royal troops and Pueblo auxilleries led by Pedro de Villasur, New Mexico’s Lieutenant Governor and Commander-in-Chief, traveled onto the plains to establish a new military outpost for the Spanish empire. On August 13, 1720, they were attacked by local Pawnee and Otoe bands, and possibly their French allies, after negotiations had failed the previous day.