Ghost Towns of the Southwest 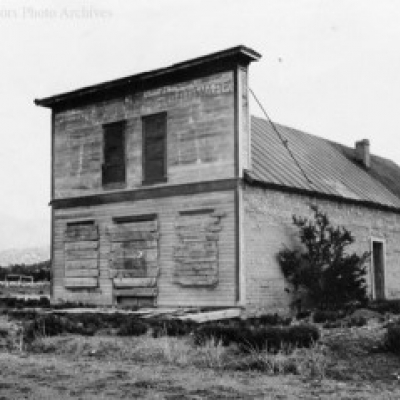 Dr. Spude will take the audience on a tour of some of his favorite ghost towns around the Southwest and discuss their histories, legends and preservation.  The reality of the boom-and-bust economy of the territorial period and the resultant ghost towns highlights the shockingly transitory nature of the economic foundations of Southwest society.  He will explore the roots of Western American ghost town fascination, their folklore and related popular culture sparked by early writers, photographers and Hollywood through the twentieth century.  Efforts to preserve Shakespeare, Lake Valley, Mogollon and other relics of lost hope will be discussed.

Dr. Bob Spude received his B. A. and M. A. from Arizona State University and Ph. D. from the University of Illinois at Urbana-Champaign.  He has published on ghost towns and mining technology, and is co-author of New Mexico, a History (University of Oklahoma Press, 2013).  In 2013, he retired after 35 years as historian and manager with the National Park Service in the Alaska, Rocky Mountain, Southwest, and Intermountain regions.  He lives in Santa Fe and enjoys venturing into New Mexico’s historic landscapes.