The Civil War in the Far West 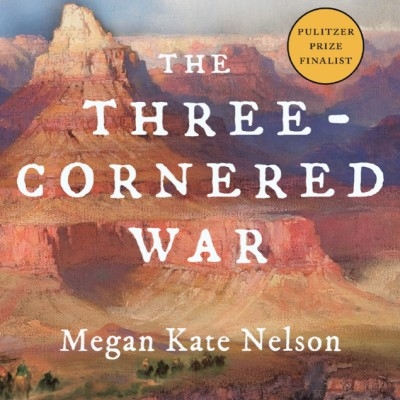 Most Americans believe that the Civil War took place only in the East—Gettysburg, Atlanta, Appomattox—and that the fight involved only the North and the South. Beginning in the summer of 1861, however, the U.S. and Confederate armies clashed with each other and with Indigenous peoples in New Mexico and Arizona, fighting for control over the larger West. Drawing from her Pulitzer Prize-finalist book, The Three-Cornered War, Megan Kate Nelson will explain what was at stake for all three groups in the Civil War in the West; how the conflict evolved between 1861 and 1868; and the print, material, and visual sources she consulted to uncover the lived experiences of the war’s combatants and civilians in this region.

Megan Kate Nelson is a historian and writer, with a BA from Harvard and a PhD in American Studies from the University of Iowa. Her most recent book, The Three-Cornered War: The Union, the Confederacy, and Native Peoples in the Fight for the West (Scribner 2020) was a finalist for the 2021 Pulitzer Prize in History. She writes about the Civil War, the U.S. West, and American landscapes of memory for The New York Times, Washington Post, The Atlantic, Smithsonian Magazine, Preservation Magazine, and Civil War Times. Scribner will publish her next book, Saving Yellowstone: Exploration and Preservation in Reconstruction America, in March 2022.