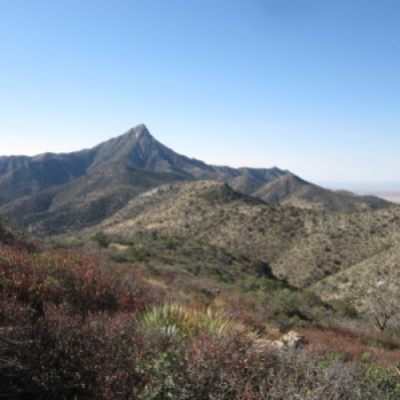 The mountain northeast of Deming, known as Cookes Peak, was once a flourishing industrial center. Miners in the late 1800s established three major camps in the area: Cooks Town, Hadley Town, and Jose Town. These communities expanded and contracted with the price of silver until the area was largely abandoned in the mid-twentieth century. Traces of the camps are evident on the mountainside today and their legacy remains an important part of history to the City of Deming and the people of Luna County.

Matthew J. Barbour holds BA (2002) and MA (2010) degrees in Anthropology from the University of New Mexico and has worked for the New Mexico Department of Cultural Affairs since 2002. Currently, Mr. Barbour is the Deputy Director of New Mexico Historic Sites. Throughout his twenty-year career, he has published over 200 nonfiction articles and monographs. In 2012, and again in 2014, Mr. Barbour was awarded the City of Santa Fe Heritage Preservation Award for Excellence in Archaeology. In 2018, under Mr. Barbour’s management, Coronado Historic Site received an Award of Merit from the American Association for State and Local History. Then in 2019, Jemez Historic Site received he Archaeology Heritage Preservation from New Mexico Historic Preservation Division.

Attribution: Photo by Matthew Barbour. No date. Courtesy of the Office of Archaeological Studies, NM Department of Cultural Affairs.