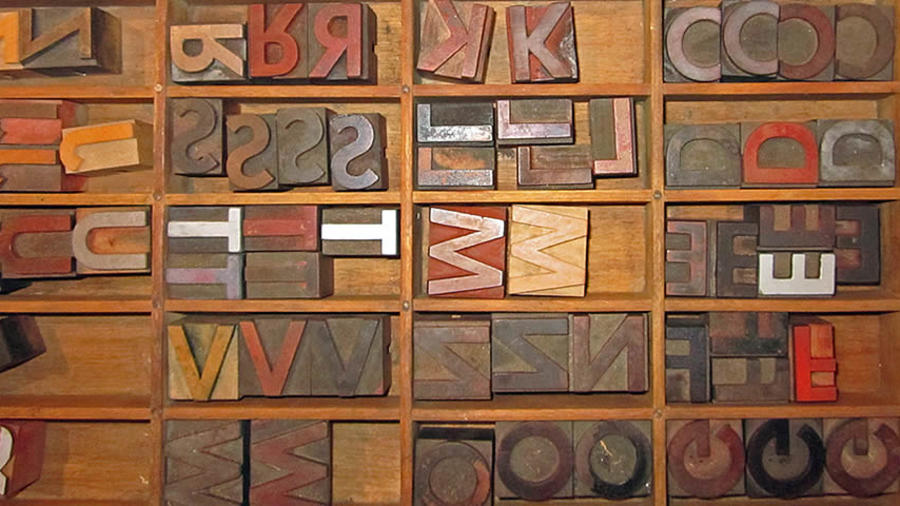 A boxful of wooden poster type awaits the perfect printing job at the Palace Press. Photo by Kate Nelson

The First Press in New Mexico

The press was made by Adam Ramage, a noted Phildelphia press builder. It was used in Santa Fe for a short time to produce a newspaper titled El Crepusculo de la Libertad (The Dawn of Liberty) as well as a Spanish grammar book by Padre Antonio José Martínez called Cuaderno de Ortografia. The press later went to Taos where it was used for several years by Padre Martínez and his printer, Jesús Maria Baca. The Ramage remained New Mexico’s only press for thirteen years.

During the Mexican period, the government issued two newspapers: La Verdad (1844) and El Payo del Nuevo Mejico (1845). Both were printed on this Ramage, possibly in a room in the Palace of the Governors. In 1846, American soldiers under the command of General Stephan Watts Kearny used the press to begin work on the Kearny Code, a set of laws established by the Americans for the newly conquered population.

As for the fate of our first Ramage, it became one of history’s many victims of violence directed toward a press. By 1867 it had passed into the hands of William Dawson, publisher of the Cimarron News. Caught up in the turmoil of the Colfax County War, the printing office was broken into by the notorious (and most likely inebriated) Clay Allison and his “associate,” a nephew of Davy Crockett. The press and printing type were thrown into the Cimarron River, and even though it seems that if two drunken cowboys could throw a press into a river, two sober ones could pull it out, the damage was done and no further record of the press or its parts has surfaced.