Since the 1860s, African Americans have been a significant presence in our state. The exhibition, New Mexico’s African American Legacy: Visible, Vital and Valuable, highlights the contributions of African Americans to New Mexico. Focused on Albuquerque, Las Cruces, and the brief, 19th-century community known as Blackdom, the exhibit reveals the iridescent threads African Americans have woven into this state’s cultural quilt. Curated by Clarence Fielder and Terry Moody, along with Brenda Ballon Dabney and Rita Powdrell, with graphics by Charlie Kenneson, the show is presented in cooperation with the African American Museum of New Mexico in Albuquerque. It covers subjects as diverse as original families, newcomers and descendants, religion, social organizations and more.

The 1850 U.S. Census lists 61,525 Anglos and just 22 blacks in the New Mexico Territory. Near the end of the Civil War, four black regiments--the famous Buffalo Soldiers--were sent to the area to protect settlers. Many returned to the south, where they shared stories of the lands they had seen.

The advent of the railroad drew more black residents, attracted by jobs in rail service and the hotels and restaurants that cropped up around train stations. Others brought their skills as farmers; some opened barber shops, mechanics shops, boarding houses and catering businesses.

Told on a series of panels, the exhibit focuses on migration, families, churches, social organizations and entrepreneurs, along with the struggles against segregation. Among the people it features:

Cedric and Merdest Billingsley Bradford, longtime operators of the U-Tote-Em Grocery Store in Las Cruces. Merdest returned to college after her children were grown and earned a sociology degree from NMSU. She helped develop and lead Planned Parenthood in Dona Ana County and was president of the state chapter of the NAACP in the 1970s. Cedric worked briefly for the WPA during the Depression. In 1967 he led a citizens’ group to support public education. At the age of 60, he earned his high school equivalency degree.

Elder Euland Greer migrated to Tampico, Mexico, as a boy, with his parents and grandparents to escape oppression in the States. His family knew Gen. Pancho Villa and his army and, at one point, was suspected of harboring them in their home. They moved to New Mexico in 1913 after his grandmother and father disappeared. Along with his mother, sister and brother-in-law, Elder Greer helped establish God’s House Church in Albuquerque.

Clara Belle Drisdale Williams became the first African American to graduate from New Mexico State University in 1937. After a career of teaching others, she was honored with an honorary law degree from NMSU in 1980, along with an apology for how she was treated as a student. (Three of her grandsons became physicians.)

Such successes were hard-won against the forces of prejudice. From 1870 to the 1950s, Albuquerque had segregated hotels, restaurants and movie theaters. Las Cruces schools were segregated. Even in Albuquerque’s integrated schools, social practices isolated African Americans. At graduation, they were seated separately; their pictures were in the back sections of yearbooks; they were unwelcome at proms and so held their own parties.

Black workers could only rise so far. African American men were generally relegated to jobs as porters, janitors and cooks; women were limited to jobs as maids, caretakers, domestic cooks and caterers.

The Dona Ana County branch of the NAACP formed in the 1930s and was credited, in part, with the peaceful integration of Las Cruces schools in 1957. (Many people credited the smooth transition to the fact that Anglo, Hispanic and African American children had always played together after school--a true-life example, perhaps, of how "a child shall lead them.")

The 1964 Accommodations Act brought integration to all of New Mexico.

The opening of the exhibit will be from 2-4 pm on May 15. The event includes speakers, a dance performance and a poem by Doris Fields.

Two symposiums accompany the exhibit. They’re in the History Museum Auditorium and free with admission. Sundays free to NM residents and children 16 and under. 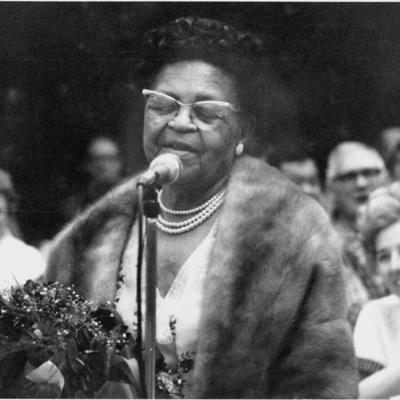 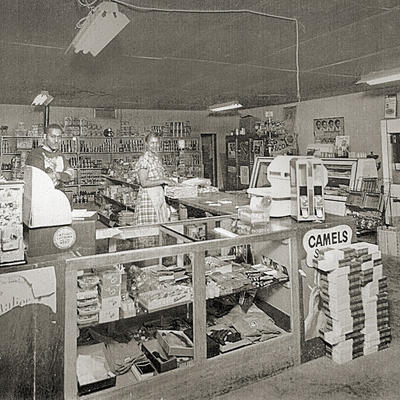 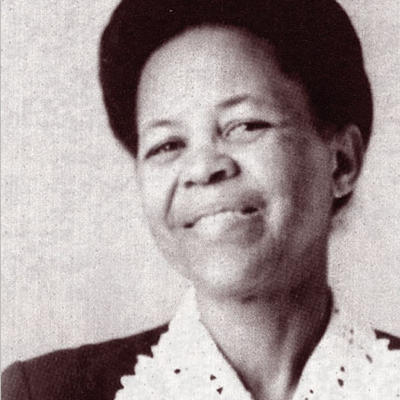